Guido Gambone (1909 – 1969) is one of the most important and influential Italian ceramic artist in the mid 20th century- He was born in Montella, Avellino in Italy in 1909 and moved with his parents to Vietri in 1927. He started his career at the local Avallone pottery, continued his training at Manifattura Artistica Ceramica Salernitana before moving to the famous I.C.S. (Industria Ceramica Salernitana). He became artistic director at I.C.S. in 1935. Following, he started his own potteries, La Faenzerella in Vietri and later La Tirrena in Florence. He died at the age of sixty, in 1969. Gambone’s work fused painting, primitivism, tradition, and modern artistic movements and became enormously influential.

In 1939 he moved back to Vietri and began experimenting with thick, glassy glazes- In 1943 he founded the La Faenzerella pottery in the town, together with Andrea D’Arienzo (1911-1995). The development of the company was stalled due to the war, but already in 1947 Guido won the prestigious “Premio Faenza” award. Production expanded and pieces were typically decorated with rough and dense glazes made from a combination of glass and sand. Colors varied from earthy tones to vibrant primaries, softened by the thick glazes. Patterns were varied, but always strong and reminiscent of oil paintings. His pieces had a strong primitive feel, quite typical for the Vietri pottery.

In 1950, he moved to Florence permanently and founded the La Tirrena pottery. He worked independently, but other contributed to the pottery’s growing success such as his son Bruno Gambone (born 1936). The pieces he made at La Tirrena were in line with the work made at La Faenzerella, but with a larger variation in forms and glazes. The following years he had his first solo exhibitions and won many important prizes. His work was sold widely in Italy and overseas, where the United States was the most important destination. The La Tirrena pottery was closed in 1967, two years before Guido’s death 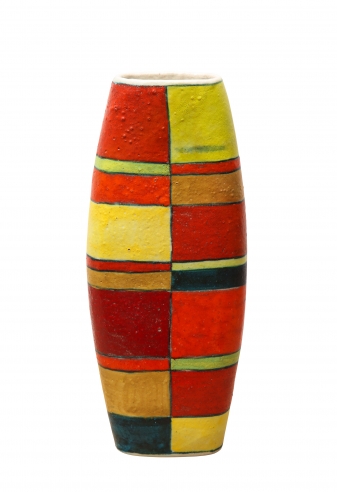 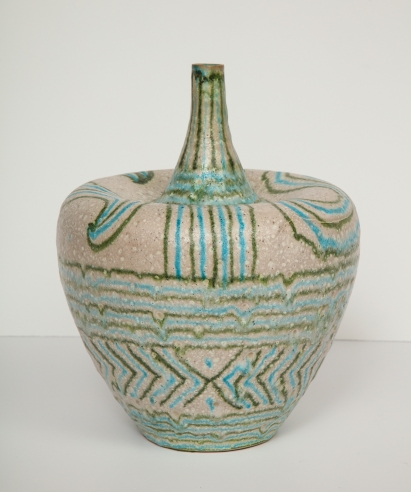 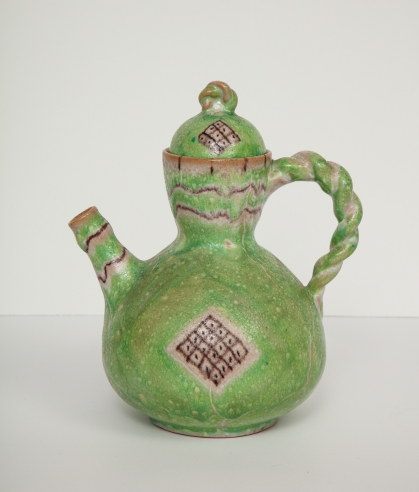 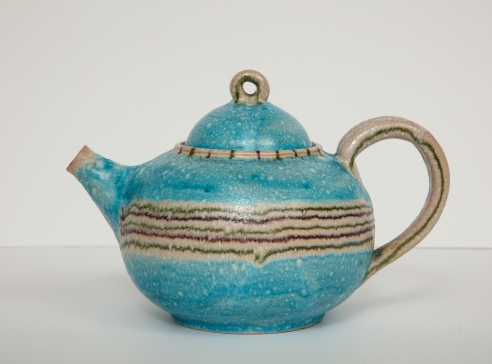 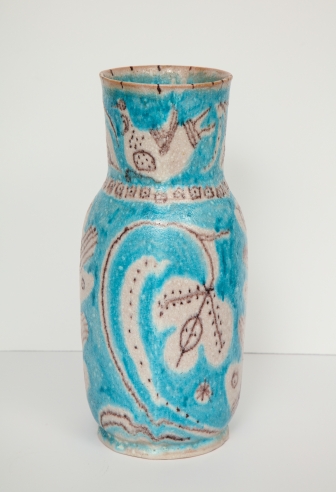 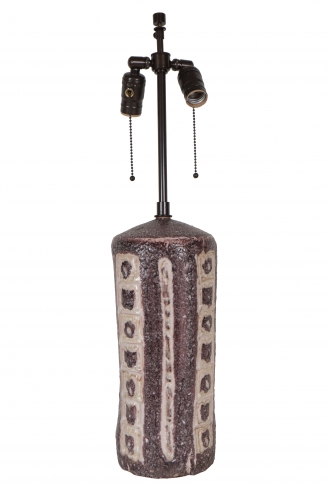