Roger Capron was born in Vincennes in 1922 and took to drawing at a very young age. After studying at the École des Arts Appliqués à l’Industrie (School of Applied Arts & Industry) in Paris from 1939 to 1943 (later he would become a professor of drawing at the school) Capron moved to Vallauris where he founded, along with fellow artist Robert Picault, a ceramics workshop known as l`Atelier Callis. From this small studio both Capron and Picault produced decorative and household objects for everyday use.

As his business grew – as well as the increased popularity of French ceramics created by fellow countrymen including Georges Jouve and Jacques Ruelland – Capron bought a disused pottery in Vallauris in 1952 and began producing ceramics. Beginning with fifteen workers, by 1957 Capron’s pieces had earned him an international reputation. In an attempt to capitalize of this attention Capron began making the more popular items, like the tables, in earnest. Each signed with Capron’s name it is through these tables that most know his work today.

However by 1980 his factory, which now employed more than 120 people, met with economic troubles and the factory was closed shortly afterward in 1982. Capron wore many hats; artist, entrepreneur, and teacher he is the only French ceramist of his time to have both created important artistic works as well as establishing a leading manufacturing concern. Roger Capron passed away in 2006 leaving behind a tremendous body of work much of which is, quite often, relatively affordable to collectors today. 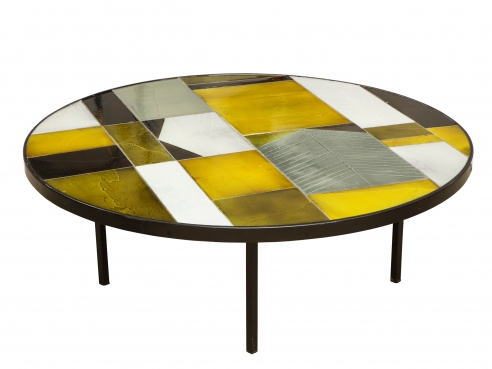 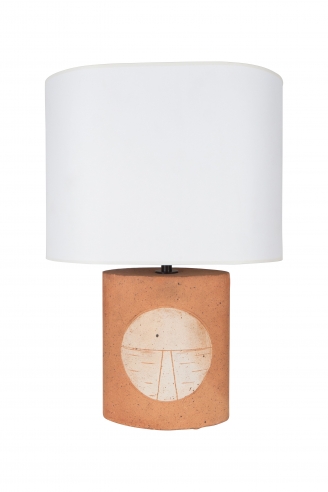 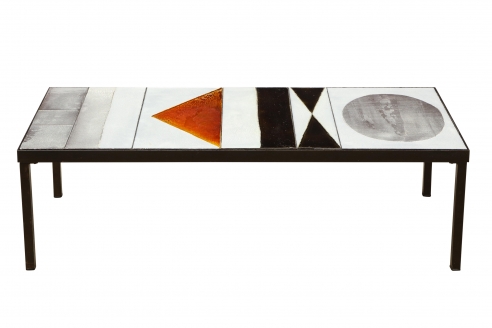 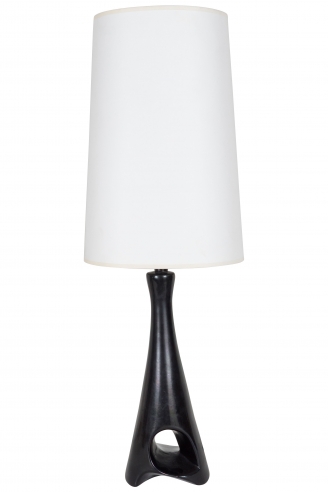 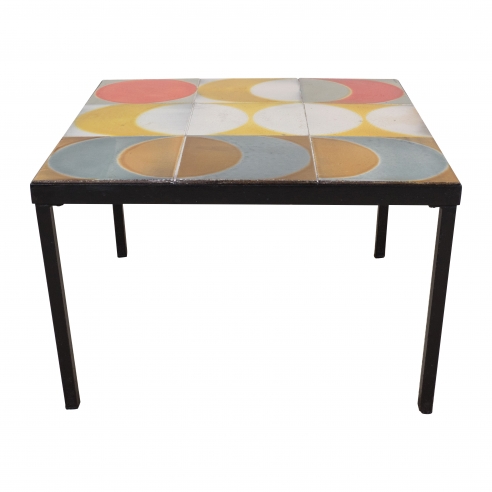